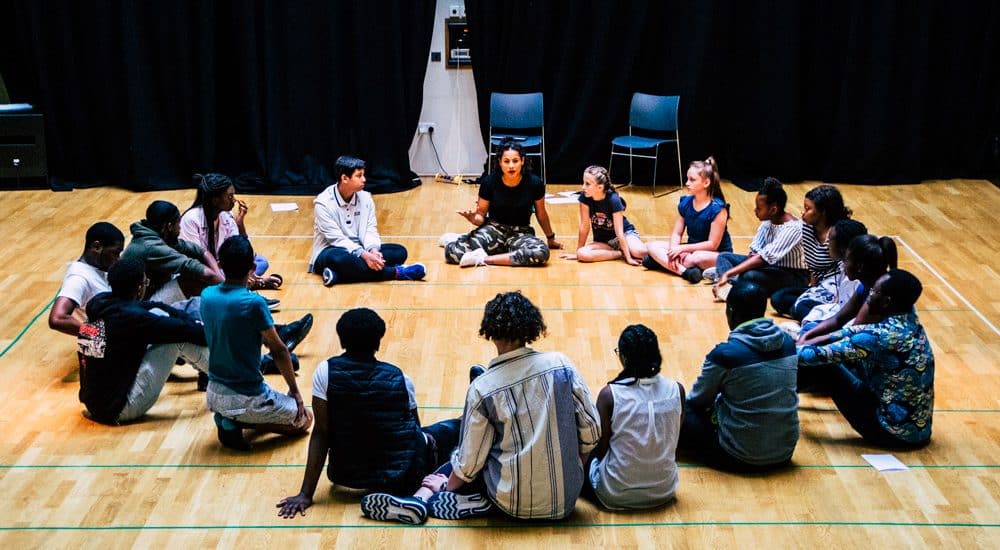 Youth Theatre Play in a Week (PiW) took place over five days in the middle of the Spotlight 2022 summer holiday programme. Young people came together to create an original, youth-led performance piece that would be shared to an audience at the end of the programme. Over the course of the week, 22 distinct young people took part. 12 young people committed, performing in the final production; eight of these 12 received Explore Arts Awards. The performance of Stranger School was watched by a large audience of parents, friends and staff. The young people all thrived during the programme, 100% of participants reflected that they enjoyed the programme and felt they had learnt something new.

The priority for the 2022 Spring and Summer terms was establishing a group and introducing a new youth-led methodology. It was decided to move Youth Theatre in-house, allowing a reflexive space for experimentation. The need for a clear partner brief removed, Spotlight staff were able to test out new ways of working with the young creatives. 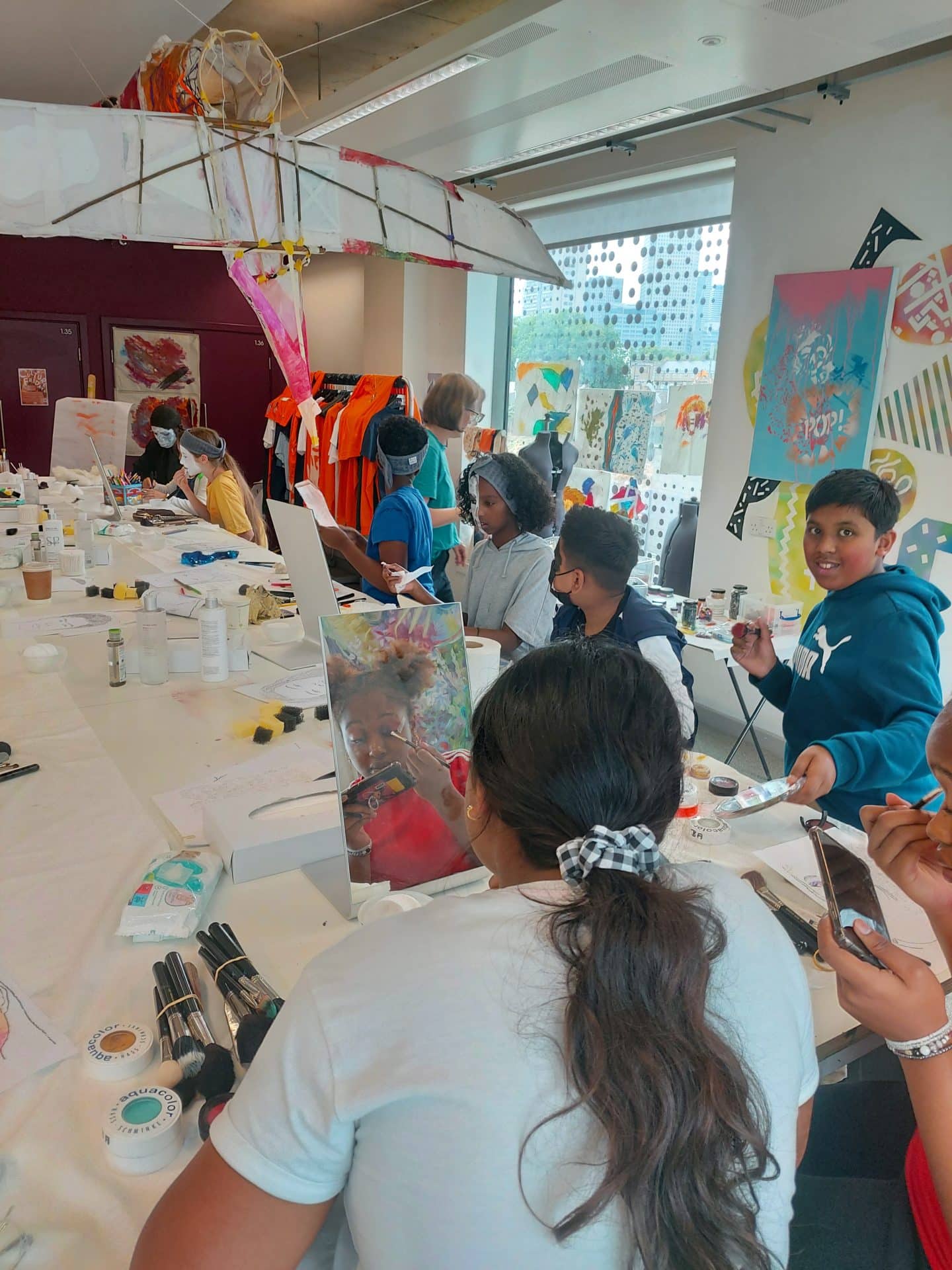 Stranger School was the fullest manifestation of the new methodology in action to date. The production was youth-led in its entirety, inclusive of a wide range of disabilities and bi-lingual in English and Spanish. The process was challenging young people and staff alike to push new boundaries and take creative risks in a setting which explored the implications of a non-hierarchical facilitation approach.

The group participating were a mixture of regular attendees and new recruits. The new recruits had been made aware of PiW through the LPS Y6 transition programme and word of mouth. There was a majority cohort of neurotypical 11-14 year olds, many of whom were known to each other before. There were four neurodivergent young adults, some of whom were long standing members and others who were new to both Spotlight and theatre practice. There were also two young Ecuadorian refugees who had recently arrived in the U.K and who spoke little English. The group dynamic stretched to accommodate new personalities and opinions.

Prior to their engagement with Youth Theatre, few of the young people had any preconceptions or indeed awareness of theatre practice. This is simultaneously a lock and a key. On the one hand, the lack of a common understanding can make it difficult for basic concepts to be grasped and ideas to be communicated. Each individual has an often radically different idea of what theatre either is or is not. They tend to be mistrustful of the process that transports you from idea to performance, complaining that ‘we haven’t done any acting’ after a session of improvisation. On the other, the creativity of the young people is not constricted by institutional ideas concerning the proper nature or best practice of theatre. They are open to new ideas and ways of working which amalgamate mediums and techniques. Crucially, they develop as a group, learning in the space through collaboration with each other.

Stranger School was the product of a collective teenage imagination. It was developed from a story structure written by Nushrat, a sporadic long term attendee of Youth Theatre, during a story writing Theatre Makers session. Her structure, which featured a magical boarding school for young people with superpowers, was then fed back to the PiW group as a creative springboard. The group brought their own ideas, inspired by Nushrat’s story and wider cultural references. Together they built a narrative and individually created characters. The final product combined influences from Harry Potter, Star Wars and day-to-day school life. 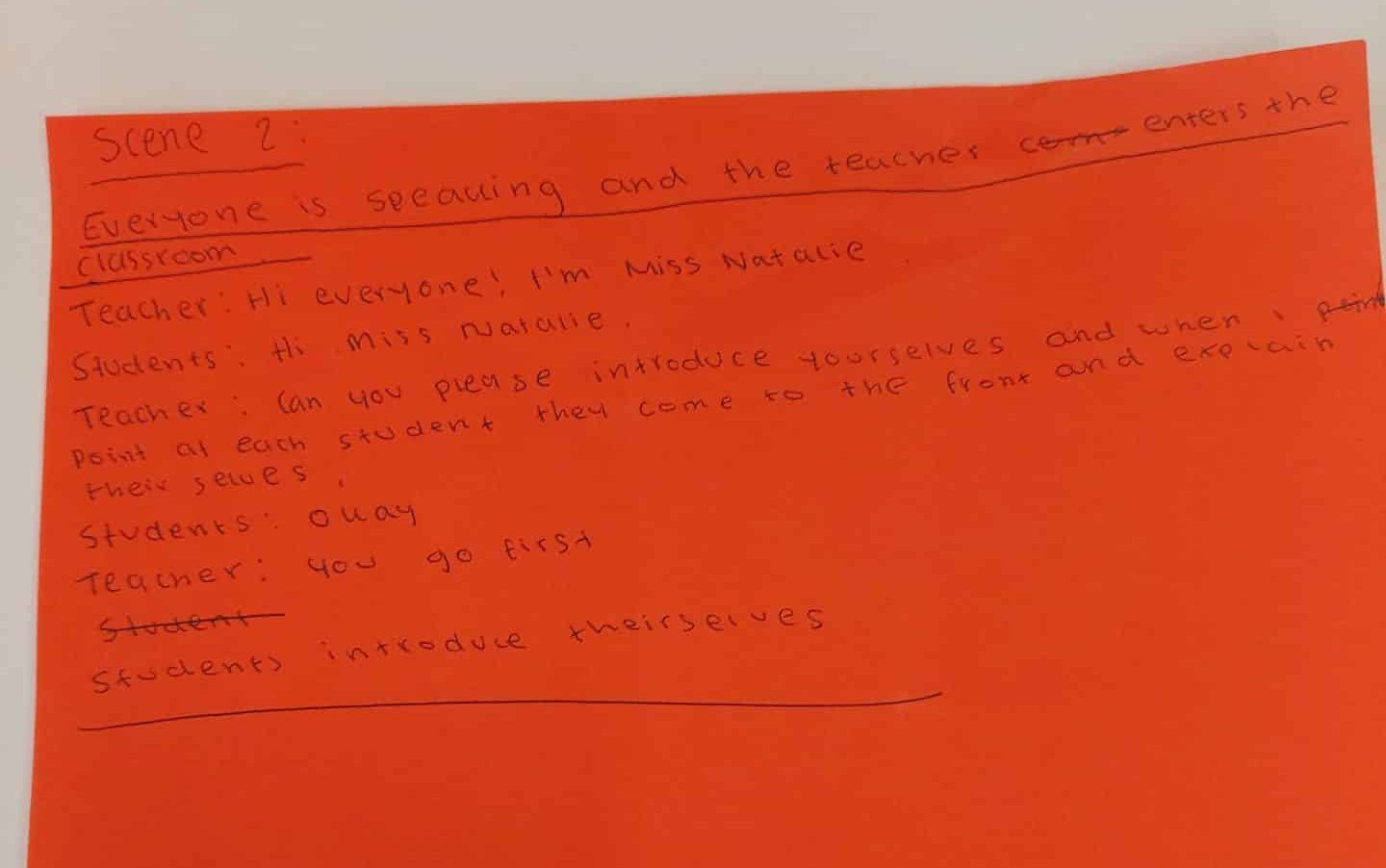 Realising the project and simultaneously remaining true to the methodology’s principles was challenging. As much as possible, roles of responsibility such as director, assistant director, stage manager or dramaturg, were handed over to the young people. Django, a young person fluent in Spanish and English, started as a translator between the facilitators and the non-English speakers in the group. By the first afternoon, he had left the translation behind and was directing the group in both languages. Ruby, a young person who had been a big contributor to the story line, collaborated with him in the visual conceptualisation of her ideas.

The first change the group made was to reverse the performance space, flipping the audience seating area into the stage and the floor space into banks of chairs. This radical change felt indicative of the shift in power dynamics and perspectives that had taken place in the room. The young people felt comfortable to re interpret the space and take control.

The creation of Stranger School was an exercise in balance. The diverse, complex needs in the group necessitated a constant negotiation. Because the group was not homogenous, it was not as simple as the installation of young people in positions of power. Rather, it became an exemplar of co-creation. For Stranger School to achieve its goals, each different group needed to contribute equally. Consequently, the adult role shifted from instructor to social navigator, facilitating the space to ensure that the young people could work together productively.

Reflecting on Stranger School, the young people recognised that it had been a high pressure environment that had pushed them out of their comfort zone. When asked what they had learnt from the programme; Zahir responded ‘never give up if you want to do something’, while Ellie advised other young people to ‘try their hardest’ and ‘always try new things’. 85% of the group identified ‘teamwork’ as what they had enjoyed most about their experience.

Collectively the young people decided that the top three reasons they came to Youth Theatre were ‘confidence’, ‘to be part of something’ and ‘to do acting with my friends’.

To conclude, Stranger School was a big step in the right direction. It presented a steep, rewarding learning curb for staff and young people alike. Hopefully, it will become the foundation for a new era in Youth Theatre. The participants can develop their craft in a safe and supportive space which they have helped to form. Youth Theatre intends to continue to push boundaries, reach new young people and forge resilient, confident and compassionate creative communities. In the words of the young people – ‘team work makes the dream work’

“Normally, I would be really shy, like in school, but here I express how I really feel” – Maruf 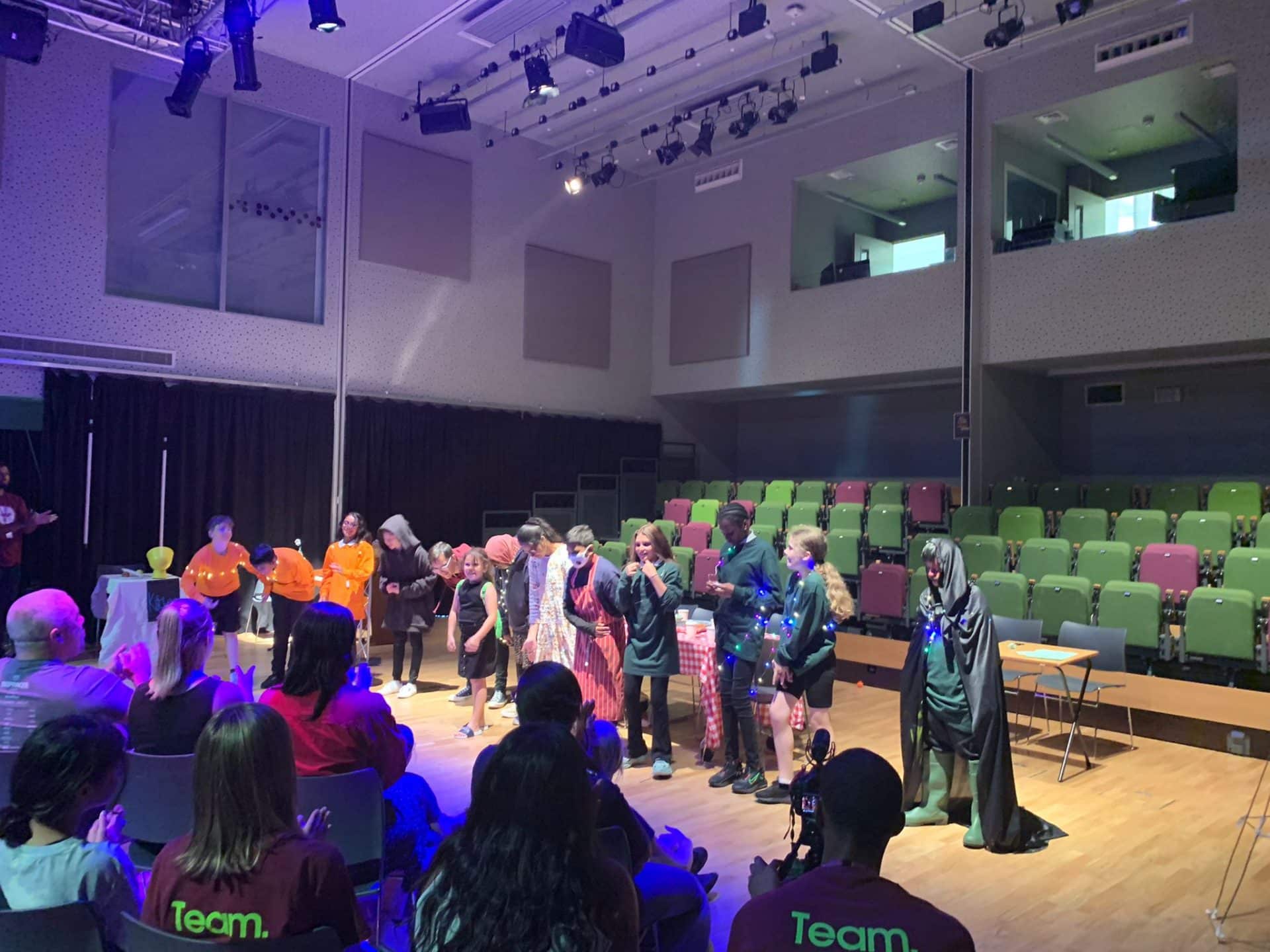