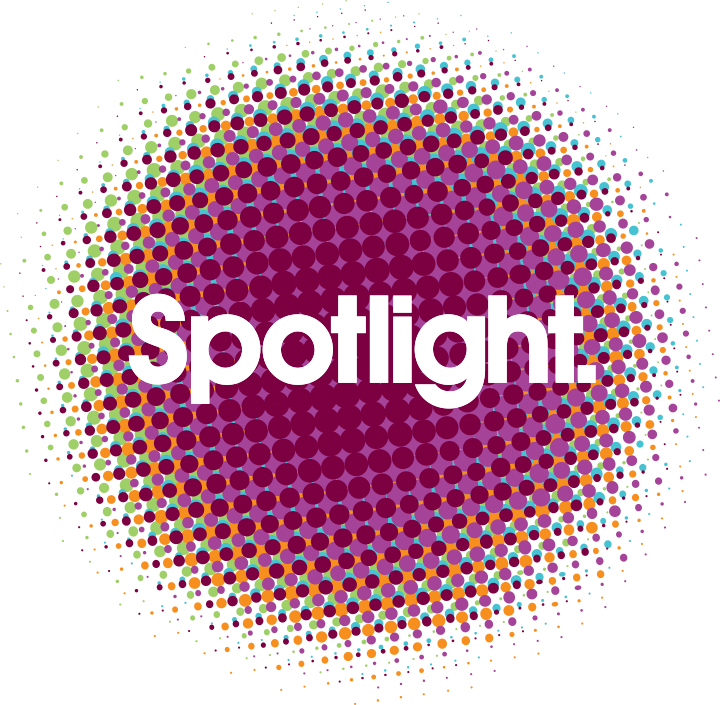 Behind the scenes: The Mayor of London’s visit

There’s no such thing as a quiet day at Spotlight! This week we hit the news when the Mayor of London, Sadiq Khan, visited our Lansbury Centre to announce a new £13 million fund created to be invested in local community projects helping young people fulfil their potential and build a better future.

This was massive accomplishment for us as one of the few organisations awarded the highest amount of funding just in time for our five year anniversary.

So, the Mayor’s visit was a great opportunity to show what Spotlight young people are made of. After an eventful morning of preparations the Mayor –and a convoy of local and national press – were piled into our studio, where a group of our young people, led by music facilitators Taku and Aaron, smashed performances from original songs, spoken word and rap. Even more impressive seeing as it was 9:30 in the morning, the group all got involved in providing constructive feedback of each other’s performances, with Mr Khan involved in praising the talent.

The Mayor then unleashed his inner sound engineer, helping Taku compile a track mixing Jordanne, Isaac and Louie’s tunes, all while the different camera crews squeezed in for a good shot.

During this whole session it was really encouraging to see the Mayor take the time to engage face to face with the young people and impress the importance of investing in opportunities for them. 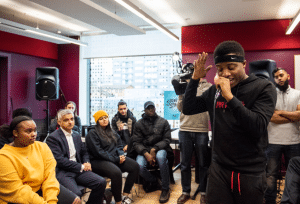 Young people performing for the Mayor of London in the Lansbury studio. Image Credits: Caroline Teo

In the media interviews that followed, our young people also had the opportunity to get themselves heard aside from their performances.

From the importance of music to Spotlight’s influence on them, this gave them a platform to challenge the narrative from current negative press of young people in London and offer positive stories of their ambitions and successes.

Isaac, stage name XI, said: “My music is trying to help the young people, trying to put them out of a place, a form of escapism”.

Speaking about Spotlight, he added that once young people “see the light here, then they’re able to go out into the world and share the light with other people”.

Jordanne, who performed her original song ‘Red Gold and Green’ said, “Through building my confidence I can talk to other people and it just allows me to be the better version of myself”.

Aaron, one of our Creative Youth Workers also praised the Mayor’s visit: “To have the Mayor here was amazing and I think, more than anything, him giving feedback to the young people is going to give them that extra bit of encouragement to go forward in their careers”

He also added “I’m finding, through my youth work, that a lot of the young people that are perpetrators of these violent acts don’t have much to do.

“They’re stuck at home, bored, or out on the street, bored, and they’re just getting up to mischief.

“More than anything we want to give them something to do that they can look at and takeaway and be proud of and create something from their own imagination.”

Having our young people’s voices shared across the media, and this visit as a whole, really showed the importance of positive coverage of young people. Now more than ever, we need to offer opportunities to young Londoners and maybe even more essentially, engage with and listen to what they have to say.

Spotlight will launch its ‘Get Involved’ Programme of Creative, Active and Inspiring opportunities for young people in January 2019. For more information check out the website www.wearespotlight.com or contact hello@wearespotlight.com .